On May 28, 2019, Leem’s board has co-opted five new members, including Jean-Bernard Deloye, Head of Market Access at Zionexa. He becomes part of the subgroup “small French laboratories” of the board. On a national level, Leem acts as a champion and advocate for the pharmaceutical industry. In this capacity, it participates in numerous official, ministerial and inter-ministerial committees. Leem is a member of the French Federation of Healthcare Industries (FEFIS) and of the French Enterprise Movement (MEDEF). At international level, Leem is a member of the European Federation of Pharmaceutical Associations and Industries (EFPIA) and of the International Federation of Pharmaceutical Manufacturers & Associations (IFPMA).

« This new mission is a privilege. Leem’s board ensures the profession representativeness and set strategic orientations, while promoting our sector, mostly in France but also internationally.” – Jean-Bernard Deloye, Head of Market Access 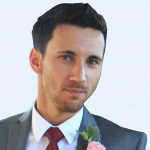 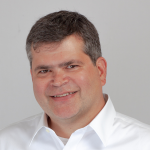